This site was discovered in 2004, and suddenly has appeared to be an extraordinary archaeological finding for the archaeological structure itself and its state of preservation. It is an artificial basin built entirely with oak wood of standardized dimensions (up to 11.5 m) assembled with very few adaptations, and perfectly preserved until its discovery. The excavation campaigns brought to light well-preserved biological (seeds/fruits, woods, pollen, diatoms, animal bones, etc.) and archaeological (pottery, figurines, wooden tools such as a plough) materials stuck in the anoxic conditions of the deposits of satured clay. In 2015, another structure was discovered at the bottom of the basin and called ‘Vasca Inferiore’ (i.e. ‘bottom pool’) for its position, and collapsed before the built of the above mentioned ‘Vasca Superiore’ (i.e. ‘top pool’).

According to the geoarchaeological hypothesis, the two structures were utilized for votive practices for about one hundred years (1420 - 1320 BC).  The archaeobotanical study of the laminated deposits from the ‘Vasca Inferiore’ allows to obtain useful information on the palaeoenvironment and the ritual practices around the pool.

For more on this site, please refer to the volume: 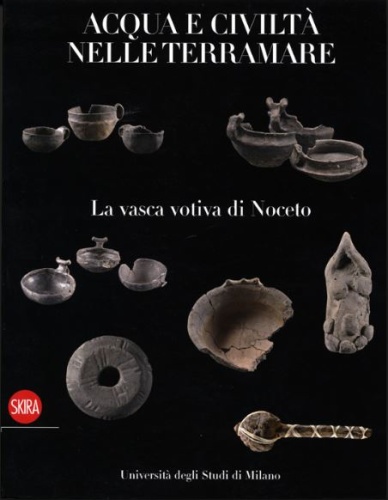 And to satisfy your curiosity, see the structural details of the votive pool